THE FOURTH IN THE SWORDSWOMAN SERIES:

Melcorka and Bradan meet a whole host of adventures as they continue their journey.

The Third in the Swordswoman series:

The second in the Swordswoman series:

Fresh from her victory over the Norse, Melcorka the Swordswoman and Bradan head west to the Outer Isles and encounter the Caterans and the terrifying Shining One.

A number one bestseller in Canada under Norse mythology!

Melcorka is an island girl with a large sword

The Northmen have invaded her country

The Northmen have not met Melcorka 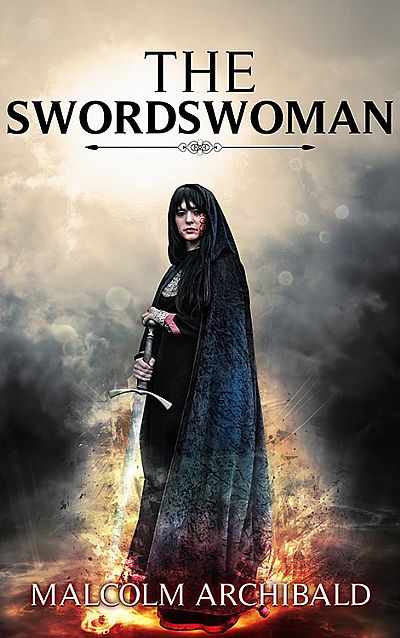 Shadow of the Wolf is my first attempt at historical fantasy. Set in the Scottish Highlands, it was inspired by the story of Alexander Stewart, the so called Wolf of Badenoch.

Alasdair Mor, as he was also known, terrorised the central Highlands and Moray at the turn of the fourteenth and fifteenth centuries. The facts about the Wolf are wild enough, but he inspired a whole host of legends and folklore which I included in the book, plus a little imagination to help the story along! 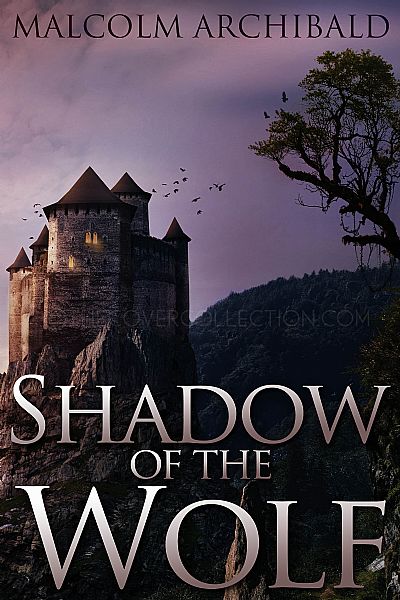 Part of the story takes place in Lochindorb Castle in the Dava Moor:

Where Fergus meets the Gallowglass warriors of the Wolf: 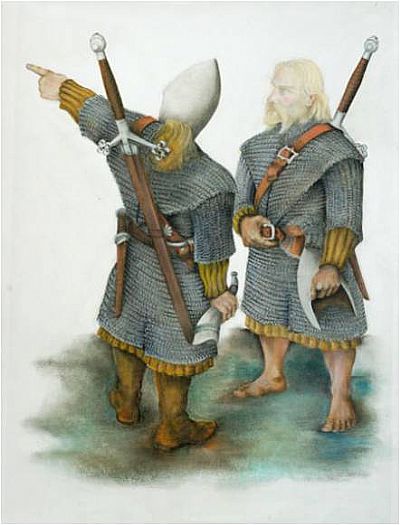 Today there is nothing much left of the castle but on a gloomy  winter day the memory of the Wolf still haunts the moor. 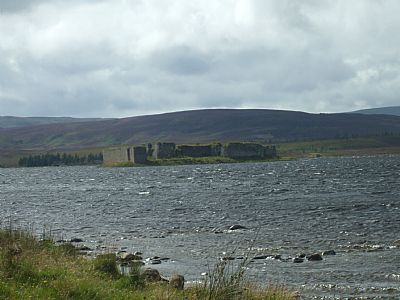 I have put the opening sequence below as a taster. . .

“Two orbs, Fergus; two orbs and one will betray you!”

I heard the voice somewhere within my head, but the words were meaningless so I pushed them away.

“Watch for the moon!”

It was dusk in this Northumberland, with a wind that flattened the grass and caused the tree branches to wave a mad hello, but there was no moon yet so I dismissed the warning and concentrated on what my lord, James, Earl of Douglas was saying.

I looked at my Lord and suddenly shuddered. Even in the fading light I could see the two birds hovering over him. The black bird of death waited above his left shoulder, its talons extended and the beak opened wide, ready for the screech of welcome. The bright bird of victory was slightly higher, its wings wafting in the air and its eyes warm with promise.

“Is that wise, my Lord?” I looked behind us, to the smoking desert we had left behind us. “Earl Percy is following us with eight thousand lances.”

“And here we will meet him,” Douglas said.

“He outnumbers us, my Lord,” I heard the edge in my voice, but he chose to ignore it.

“If he outnumbers us there will be all the more glory in our victory.” His eyes were as serene as his smile.

Sometimes I curse the gift of sight that I received from my grandfather, Michael Scott, sometimes called the Wizard, but never more than that day. While all others in our small army were celebrating our earlier victories and awaiting the onslaught of Percy’s men with the joy expected of Border fighters, I was gripped with the black depression of he who knows the future.

We were in Redesdale, with the gentle green slopes stretching around us and the swift river offering water for horses, men and the vast array of cattle that we had captured and which now filled the air with their bellowing. Men dismounted stiffly, eased swords in scabbards, patted their horses and laughed as the tension of the raid eased. One rider watched us, his eyes musing, as if unable to comprehend the bond between my Lord of Douglas and myself. I returned his look openly, seeing only a man in a long dark cloak; he wore his sword as easily as any warrior, but I sensed something other than a fighting man behind that intelligent face. There was no malice there, so I turned away to attend to my duties.

Glancing to the sky, Earl Douglas shook his head. “It’s already too dark to fight, Fergus. Percy is no fool; he will camp nearby, gather what strength he can from the country and attack us just before dawn, when we are still asleep.” His grin was as evil as anything that escaped from the Pit. “Except, of course, we will not be asleep; we will be awake and ready for him.”

“Let me do the thinking, Fergus. We captured Percy’s banner outside the walls of Newcastle.” He held it up, so I could clearly see the blue and yellow of Percy, now subservient to the Douglas blue and white. “Percy’s honour demands that he get it back and he is impetuous by nature, hence his nickname of Hotspur.”

I nodded at that. Hotspur Percy was a brave man but he was known to act before he thought.

“So then; he will charge forward just before dawn and our spears will spit his array by the hundred. That is what will happen, so, let the lads sleep.”

Sleep was a precious commodity in that summer of conflict. While some of the men unbuckled their armour and lie in whatever shelter they could, others tended the cattle, or made play with the few women who accompanied us, or sharpened their swords or talked over the events of the past few days. Very few drank; not in the array of Earl Douglas. Carousing was for the long winter when the fires warmed the hearths, snow embittered the fields and only the most desperate reivers dared the choked passes of Cheviot and Ettrick.

The wind rose later that night, sending clouds scudding across the face of a full moon and shadows flitting over our camp. I lay awake, thinking of the warning of the moon but more of those two birds competing above the shoulders of my Lord of Douglas. One bird I could understand, death or victory was the natural fate of a warrior, but two at the same time? I knew I must be mistaken, and that meant that my powers were faltering, or false. I shook my head and shrugged; if my powers vanished, well, it was no loss. I would still be Fergus Scott of Eildon, and that mattered far more than the visions of any seer.

I well remembered that fateful day. The lone rider had burst across the ridge to the south of our tower, his head unprotected and his horse flecked with froth.

“My Lord!” He had reined up with a display of horsemanship that I could only envy. He dismounted and approached me as I stood just outside the gateway of the tower. “My Lord Fergus!”

I had shaken my head. “I am no Lord,” I had said. “I am just Fergus, younger son of William of Eildon.”

The rider shook his head. “No, my Lord. You are Fergus, Lord of Eildon. Your father and brother were both killed in an ambush. My Lord, the Earl of Douglas sent me to tell you.”

I had looked at the rider, a lithe, bitter eyed fighter with a scar across his shaved cheek and a sword loose in his scabbard. I felt nothing. Here, near the English border, we learned to live with death and treat it as a companion.

“Your father is dead, Lord Fergus, and my Lord knows you will want revenge.”

I said nothing. I had no desire for revenge. “My father was a warrior. He would want nothing else than death in battle.”

“You are now Lord of Eildon Tower,” the rider said. “My Lord of Douglas desires your presence. He is riding south to seek revenge in Northumberland.”

I nodded. That was direct and honest. The Earl of Douglas was my feudal superior. He wanted me to ride south with him. “I will fetch my lance.”

But even as I contemplated the loss of my father and my second sight, I watched the two birds hovering over my Lord, and wondered desperately which one would triumph.

Groaning, I turned on my side, listening to the slowly diminishing murmur of the camp and the lowing of cattle, safely penned within a circle of men. On the morrow there would be a battle, and on the morrow I would know. Which of the two premonitions was correct? Would the day see the death of my Lord, or another victory to add to the prestige of the Douglases?

I slept, fitfully and uneasily, and my mind was troubled with dreams of failure. Some were nightmares, but one was so clear that I could taste the dust and feel the sweat rolling down my body.

I saw a bush, and three black corbies pecking at the eyes of a butchered knight. There was blood everywhere, on the ground, on my clothes, even in the air that I breathed. I was unhorsed and alone even although I was surrounded by thousands of men, Scotts, Douglases, Elliots, Nixons, Charlton’s, Robsons, some fighting, others drooping with exhaustion or lying wounded on the saturated ground. I did not understand who I was or what I was doing there, but there was the dark shadow of death over the horizon, and the sound of raised voices. I saw the birds aloft, black and white together, and I heard the shouting and clamour of battle and, faintly, recognised my own voice calling from behind the bush, and my face amidst the welter of blood.