Our land of Palestine

Bestseller in Canada: number one in 'Military'

And a review from Sashadoo:

Another triumph for the House of Archibald. Don't miss this one! July 14, 2016

Every so often, one comes across a book you can't put down and feel great sadness at coming to the end. Our Land of Palestine is just such a book. Beginning on the beaches of Gallipoli during World War One, the story sees Major Andrew Selkirk leading a band of 'irregulars' through an intensive bout of training for 'hit and run' missions behind enemy lines. Political chicanery however, sees his team of misfits and prior failures as soldiers being assigned to a secret mission in Palestine; their task, to recover a Zionist leader who could be of help to the British war effort and also to capture and bring home a renegade Indian nationalist. The author has captured the mood, the political climate and the horrors of the First Wrold War perfectly in this page turner, in which the action is almost unrelenting and the 'heros' are not the rich, the famous or the generals but the ordinary foot soldiers of the British Army. Selkirk is ably supported by his two sergeants, Armstrong, the hard-bitten British Army veteran and Black, the Australian bushman whose far-ranging talents make his an indispensible part of the team that Selkirk and his men soon christen 'Selkirk's Reivers.' They are helped in their mission by the mysterious and enigmatic Rachel, a Zionist with a fierce hatred of the Turks who they must fight and outwit in order der to achieve their goal. With a superb climax that takes us to the Biblical fortress of Masada, this is a true thrill a minute rendering of a great story that easily merits a five star rating. Another triumph for the House of Archibald!

In 1915, the Allies were locked in a gigantic struggle with the Central Powers. In France the trenches stretched from the sea to the mountains and millions of men faced each other across a hundred yards of no-man's-land. But in the Middle East there was an equally desperate campaign as British and Imperial forces faced the stubborn might of the Ottoman Empire.

Recalled from his unit in Gallipolli, Major Andrew Selkirk is ordered to raise a unit of irregular horse to operate against the Ottoman Turks. When his original mission is altered at the last minute, Selkirk is sent to Palestine on a mission that may have repercussions not only for the Middle East but for the entire Empire.

Fighting a personal feud with a vengeful German, Selkirk leads his men across strife-torn Palestine, a land that everybody seems to claim as their own. 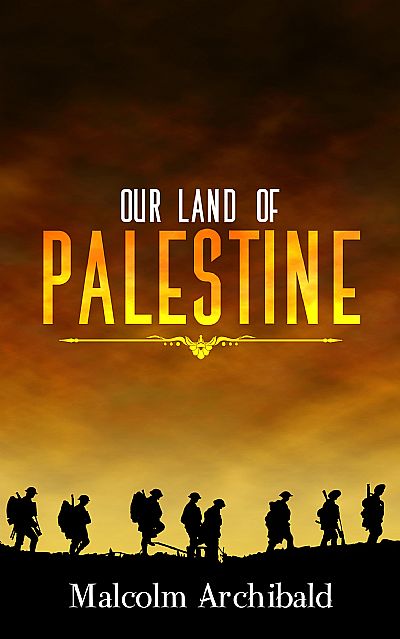 Replace this with your text